How To Import onions from India , According to India’s export statistics, Maharashtra is the state with the most onion production. Since September of this year, the price of onions has reached an all-time high owing to a prolonged rainy season that resulted in delayed harvests and shrunken supplies. Malaysia, Sri Lanka, Bangladesh, the United Arab Emirates, Nepal, Qatar, the Philippines, Kuwait, Indonesia, and Oman are the top importers of Indian onions, followed by Kuwait and Indonesia. Not only is the price of onions high in India, but it is also expensive in neighboring countries such as Bangladesh and Sri Lanka as a result of India’s restriction on onion exports.

India is the world’s second-largest producer of onions after China. The main onion-producing states are Maharashtra, Madhya Pradesh, Karnataka, Bihar, Gujarat, Rajasthan, Andhra Pradesh, Telangana, and Haryana, with the rest of the country catching up. Maharashtra is the leading producer of onions, accounting for 28.32 percent of total output. Indian onions are renowned for their pungency and are available all year round in most markets. There are two crop cycles for onions: the first harvesting season begins in November and lasts until January, while the second harvesting season begins in January and lasts until May.

It’s hard to imagine, but in India, the government may be overthrown because of high onion prices. An rise in onion prices throughout the nation, particularly in Delhi, was caused by a supply-side shock in 2020. As a result of its inability to keep a lid on onion prices in the capital state, the governing party was trounced in the subsequent elections. Indian onion prices have risen yet again, this time by more than 100% in only three weeks in December. Onion prices have risen to Rs 70-85/kg in major Indian cities on the 20th and 21st of December from Rs 30-35 in early December as a result of crop damage caused by unusual rains in Maharashtra and Karnataka, two important agricultural regions.

The most common onion types grown in India include

India is a leading exporter of onions

According to India’s trade data on onion exports, a total of 138.4 million dollars’ worth of onions were sent out of the nation from January to April of this year. It was during the months of March and April that the greatest number of onion cargoes were sent out of Indian ports.

What is the reason behind the high price of onions in India?

Onions have seen a significant rise in price as a consequence of prolonged monsoon downpours that have delayed harvests and caused supplies to become depleted. With onion production falling by 26 percent to 52.06 lakh tonnes during the kharif output late-kharif seasons of 2019-20, the price of onions has been pushed down. Despite the export restriction imposed in September in order to boost local supply inside India, onion prices have risen as a result of rain and floods that hit the nation in October and November, limiting supply, particularly in Maharashtra, the country’s biggest producer of onions.

In order to keep the price of onions from increasing further, the Indian Cabinet recently authorized the Food Ministry to administered stock of dealers and the selling of the commodity held as a buffer at a reduced rate. Thus it is advisable to import onions from India only; not only you get onions at most rock bottom rates but you get them of atop quality

This is due to the fact that India, the world’s biggest supplier of onions to Asian nations, has prohibited the export of onions in order to keep prices from increasing. Because of the prolonged monsoon rains, which delayed harvests and caused supply to shrivel, onions have seen a significant rise in price. Asian customers have established a significant reliance on Indian onion suppliers for their favorite meals, whether it’s Indian sambhar, Bangladeshi biryani, or Pakistani chicken curry.

Agricultural and Processed Food Products Export Development Authority (APFEDA) of India reported that India exported 2.2 million tonnes of fresh onions in 2018. For a kilogram of onions in Bangladesh, the cost is about 120 taka ($1.42). Consumers in Sri Lanka are being asked to pay between 280 and 300 Sri Lankan rupees ($1.7) per kilogram of meat.

Although India has been buying onions from Egypt in an attempt to keep costs down, the Onion Exporters’ Association in Mumbai believes that there would be no significant reduction in pricing until summer-sown harvests begin to reach the market.

As we all know, the output of onions in India is dependent on the season. Throughout the year, there has been an increase and a decrease in the price of onions. Because of lower onion output and other significant factors, NAFED may increase the minimum export price of onions from time to time. The Indian government has set a minimum export price for onions, which is controlled by the Department of Commerce. NAFED, on the other hand, may be in charge of the real price setting of onions. The Minimum Export Price (MEP) is the price below which an exporter is not permitted to export a product from India. It is implemented as a result of an increase in domestic retail/wholesale prices or an interruption in manufacturing in the nation.

Because of an excess of grain once the January crop is harvested, prices decrease. The cartel begins buying onions by the tonne when the May harvest is available on the market. The cartel purchases onions mostly from Lasalgaon in Nashik, which is Asia’s biggest onion market. When the cartel has finished with the May crop, there is no further supply available until January, with the exception of a minor harvest in November.

Maharashtra is the state that exports the most onions in India.

There are 23 Indian states that export onions to foreign nations, according to the Indian government. Maharashtra, Gujarat, Tamil Nadu, Karnataka, West Bengal, Andhra Pradesh, Kerala, Delhi, Bihar, and Jammu & Kashmir are the main onion exporting states, followed by Gujarat and West Bengal. The states of Maharashtra and Gujarat combined accounted for 80 percent of the onion export value. Maharashtra (mostly Nashik) was the state with the highest onion exports in India, with a total value of USD 191.09 million in 2017, accounting for 62 percent of the country’s total production. The onion exports of Gujarat and Tamil Nadu brought in USD 56.41 million and USD 33.09 million, respectively. You may look at the following table to find out which states in India are the top 10 onion exporters.

The situation of the world

India is the world’s second-largest onion grower, trailing only China, although its productivity is low, at 14.21 tonnes per hectare, when compared to China and other nations such as Egypt, the Netherlands, and Iran.

The Situation in India

Showing the Onion Production Area and Productivity in India

The Varietal Characteristics Of Commercially Grown Onion Varieties Are Shown

The crop has a worldwide round form, is large, and is a dark red color. T.S.S. is between 12 and 13 Brix, with a medium storage quality.

The crop has a global round form, is large, and is a light red color. T.S.S. is between 13 and 14 Brix, with good storage quality.

The crop of the Agrifound Rose is flattish circular in shape, 2.5-3.5 cm in diameter, and crimson red. T.S.S. is 16-18 Brix, with good storage quality.

The crop is crimson and has a flattish spherical form. The storage quality is excellent.

The demand for onion is almost continuous throughout the year, and fresh onion availability is limited to 7 or 8 months, with price spikes during lean periods due to poor storage conditions in the country. The table below shows the primary availability seasons in various sections of the country. Onion production is divided into three seasons: I Kharif crop, (ii) late Kharif crop, and (iii) Rabi crop.

Onions are divided into the following classes according to AGMARK standards:

The onion must be of excellent quality. They must be typical of the variety and/or the commercial kind. The bulbs must be: – solid and compact; – unsprouted (free of externally visible branches); – well cleansed; – free of swelling caused by aberrant development; – free of root tufts; however, root tufts are permitted on onions taken before full maturity. They must be defect-free, except for extremely minor cosmetic flaws, as long as they do not influence the overall appearance, quality, storage quality, or presentation in the packaging.

The onion must be of high quality. They must be variation and/or commercial type features. The bulbs must be firm and compact, unsprouted (i.e., free of externally apparent branches), clean, and free of swelling produced by aberrant development. – devoid of root tufts; however, root tufts are tolerated on onions plucked before they reach full maturity. The following minor flaws, on the other hand, maybe tolerated if they do not influence the overall appearance of the product, its quality, its storage quality, or its presentation in the package. – a little flaw in the shape – a minor color problem; – light staining that does not impair the last dried skin that protects the flesh – Superficial cracks in and absence of a portion of the outer skins, provided the flesh is covered, provided it does not cover more than one-fifth of the bulb’s surface.

10% by weight or quantity of onions that do not reach the grade’s requirements but do meet the requirements.

A. Onion Exporting Strengths at Home

The following are the domestic advantages for exporting onion:

Previous article Import Rice from India to the USA 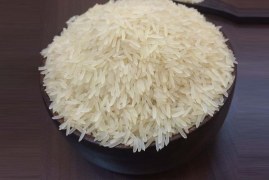 Import Rice from India to the USA

How to Start Export Business from the USA